The Sun by Night

"In The Sun By Night", the Ghanaian writer Benjamin Kwakye … has produced possibly the most important Ghanaian novel since those of Ayi Kwei Armah, establishing Kwakye as a premier African literary voice."
--Marcus Power in Review of African Political Economy

“Kwakye, a Ghanaian, has written one of the most daring African novels in years. Ostensibly, a thriller, “The Sun by Night” radiates from the imagination of a skilled craftsman: multiple points of view (with distinct voices), lyrical beauty, and seamy reality. A prostitute has been murdered and all evidence points to Koo Manu, a successful and happily married businessman with a genital urge. The story is full of surprises and the contradictory voices that provide us with pieces of surprising testimony (including during a lengthy trial) that are a wonder reminiscent of Akutagawa’s “Rashomon.” Just when you think you have figured it out, the story surprises again and again. Kwakye knows his craft and is clearly a writer to follow.”
--Prof. Charles Larson, Author of "The Ordeal of the African Writer"

"The author builds the plot around a respected rich businessman who is at the centre of a court case. The novel presents a well-structured tale of human weakness and strength with the attendant intrigues and political chicanery as well as the palpable social conflicts of a post-colonial society... Kwakye dramatises family complexities, marriage dilemma, the breakdown of family ideals and also love from non-conventional perspectives. These issues intersect and interlock with class dichotomy and prejudice. ...The colonial experience remains ubiquitous, overwhelming and overarching. The novel has a universal dimension in its attempt to unravel the truth, moral contradictions, and expose the frailties, ambivalence, and moral contradictions in the human condition. The story line is captivating as suspense drives on the plot to a logical conclusion. It is rich in the manipulation of language without being esoteric. The characters are true to life and yet, authorial mediation is not imposed. It is a compelling revelation of post-colonial concerns presented through a brilliant weaving together of events, setting and characterisation. Kwakye's novel towers above others in this year's submissions as an intricately structured work of literature that sustains the reader's interest by manipulating modern and traditional story-telling devices in a captivating manner."


"A prostitute is found dead, apparently murdered. The last person to see her alive? Manu, a respectable and wealthy businessman whose name is suddenly linked with hints of depravity and disgrace. Arrested and thrust into the judicial system, Manu's trial becomes a microcosm of the conflicting social strata and traditions boiling in a country still reeling from its new-found freedom and struggling to come to terms with the legacies of the recently discarded colonial experience. Kwakye explores the abrasive oppositions between the old order and the new; the controversial emerging social order against the entrenched and difficult mores of colonised Ghana. Notions of manhood, of the marital relationship and human conduct unravel in the threshing machine of Manu's court case: Kwakye rethreads them into a pulsating image of humanity and power in the dangerous freedom of the new Africa."
--amazon.com.uk

Experiences of a Ghanaian immigrant in the US

The Three Books of Shama (2016)
An epic chronicle of Rwandan born Shama's struggles and triumphs as an immigrant.
The Executioner's Confession (2015)
A collection of short stories
Eyes of the Slain Woman (2011)
A collection of three novellas that explore grief and the tenacity of the human spirit.
The Other Crucifix (2010)

Legacy of Phantoms (2015)
A novel of intense sibling rivalry that stands as a powerful metaphor of Africa’s socio-political past and present.
The Sun by Night (2005)
"[A] compelling revelation of post-colonial concerns presented through a brilliant weaving together of events... "
--CWP Citation
The Clothes of Nakedness (1998)
A compelling portrait of relations between the rich and poor in urban Ghana. 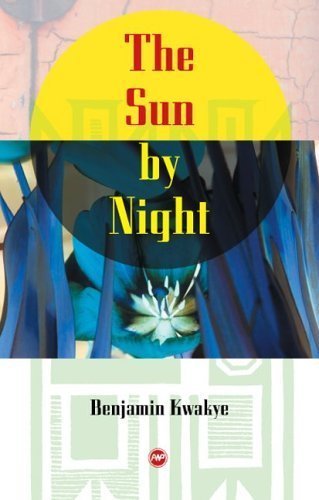 "[K]wakye, one of the most accomplished of the new breed of African novelists, has produced possibly the most important Ghanaian novel since those of Ayi Kwei Armah and has proved himself a worthy successor to that writer. This impressive novel...is a truly epic work encompassing the vast span of events and issues in post colonial Ghana...Kwakye's erudite work... is distinguished both by its artistic virtuosity and the depth and thoroughness of its treatment of the issues."
--Eustace Palmer in the Journal of the African Literature Association